MINPOSTEL encourages the females in the STEAM to bridge the growing gender digital divide in our society.
They are 150 young girls between the ages 12 and 25 that are counted amongst the lucky to partake in the 2021 "Connect African Girls" coding camp in Yaounde from the 5th - 16th July 2021.
The Minister of Posts and Telecommunications Minette Libom Li Likeng on Monday 5th July, 2021 presided over the opening ceremony of this camp, organised by the United Nations Economic Commission for Africa (ECA), in collaboration with the UNWomen, ITU and UNESCO. The event which is simultaneously observed in Yaounde, Limbe, Buea and made virtually accessible to all African girls and women seeks to improve the ICT skills of young girls in Africa and bridge the gender digital divide on the continent by encouraging the females in the domain of Sciences, Technology, Engineering, Arts and Mathematics (STEAM) at an early age.
According to Her Excellency, it is regrettable that at the time when ICT is gaining steam worldwide, revamping economies and societies, gender related differences are becoming apparent in the design, use, control and adoption of these strategic tools with women almost being in the dark.
"The gender divide has been repeatedly studied with no conclusive explanation emerging from the studies. ITU's most recent survey shows that the gap between the men and women in the use of internet is rather widening and has increased from 11% at the end of 2013 to 12% at the end of 2016 with the number of women connected worldwide being more than 250 million in number less than the men." She added.
She decried the workforce of the women in the Ministry of Posts and Communications as compared to the men which stands at 18 out of 100 engineers thereby raising economic and societal issues. To bridge this gap, the Minister continued, MINPOSTEL has put in place a number of initiatives to boost young girls and women to get interested in this field of activities, carrier of multiple opportunities such as; awarding academic excellence to women in ICT, support the institutional female start-ups, award special prizes to winners of competition at the international level, offer support to "women in tech" as well as young female scientists.
In conclusion, Her Excellency, made mention of a comprehensive inventory of women's ICT skills in view of putting in place a real gender policy in ICT in Cameroon in a bid to economically strengthen and empower girls and women across their insertion in the digital world.
The event brought together representatives of international bodies who equally joined their voices to that of the Minister to sound a call to this pertinent preoccupation. 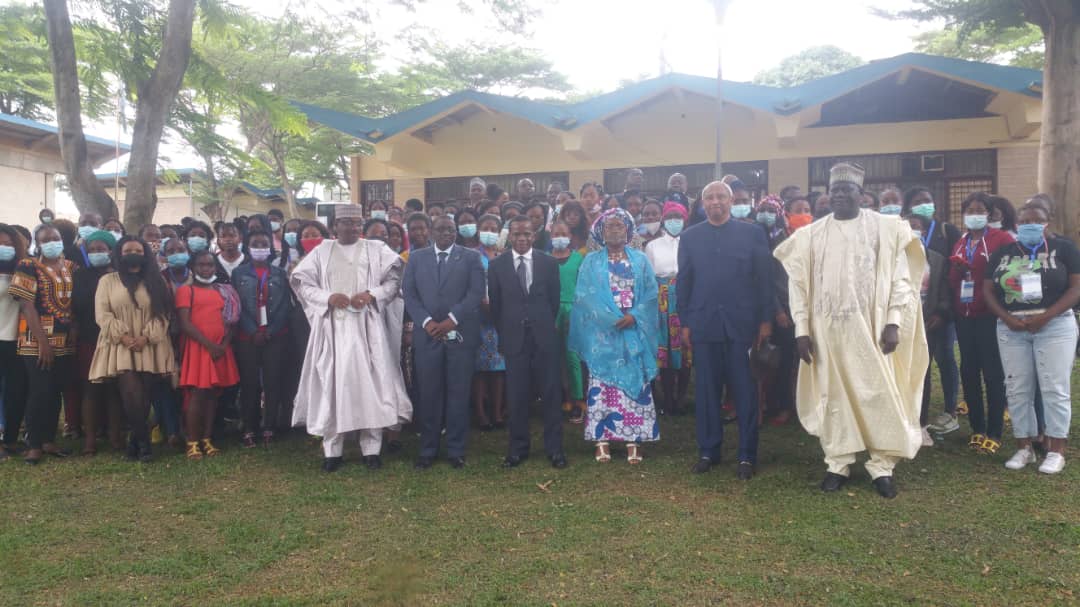