The Universal Postal Union with aim to reflect on the future of UPU, held its 27th Ordinary Congress in Abidjan, Ivory Coast from the 9th - 27th of August 2021. The congress which was initially scheduled to hold last year August 10th - 28th,

but postponed due to the prevailing health crisis notably the COVID-19 pandemic, is the second of its kind to hold on the African soil after that of Egypt in 1934. The event which saw the participation of 172 countries was organised under the theme: "Digitisation of Postal Services, Development of e-Commerce".

Representing Cameroon at the head of this all important congress was Mme Marie Yvette KOLOKO, Ambassador of the Republic of Cameroon to the Republic of Ivory Coast, Mr. Mohamadou SAOUDI, Secretary General at the Ministry of Posts and Telecommunications, Mr. KALDADAK Pierre, Director General of Cameroon's Postal Services and a host of other members of the postal sector in Cameroon.

In his address at the UPU Ministerial Conference, Mr. BISHAR Hussein, outgoing Director General of the UPU, said: “Your views are essential within the UPU family, as they not only reflect the views of your respective ministries, but also the diversity of the opinions of the governments on the whole of the sectors which, combined, forge the industries and the economies of the various countries ”. To therefore effectively exhaust the set agenda, the congress' deliberations were carried out in 6 commissions namely; the verification of credentials, finances, general affairs and politics, convention, financial postal services, cooperation and development. These sittings saw the proposals and adoption of some salient resolutions aimed at transforming the postal sector in the years ahead.

During this Congress, Cameroon was vying for the post of Deputy Director General of the Union and member of the Council of Administeation and the Postal Operations Council.

At a lunch meeting organised within the framework of the electoral campaign by the Cameroonian delegation, the outgoing Director General of the International Bureau of UPU, lauded the participation of Cameroon in the congress and acknowledged the merit of Mr. YOUNOUSS Djibrine, candidate from Cameroon for the post of Deputy Director General of the UPU, while Mme Marie Yvette KOLOKO, after highlighting his career and service record within and out of Africa in the postal sector, asked for everyone's support for the Cameroonian candidate.

However, Cameroon was not fortunate to grasp that position as she gave way to the Slovenian MARJAN Oswald. The post of Director General of the UPU was won by the Japanese METOKI Masahiko, that of Chairman of the Board of Directors by Isaac GNAMBA-YAO of Ivory Coast and that of Chairman of the Postal Operations Council by the French Jean Paul FORCEVILLE. On the other hand, Cameroon was elected to sit at the Council of Administration and the Postal Operations Council. Cameroon thus regains seats that escaped it in 2016 at the Istanbul Congress.

The congress which holds every 4 years, took another rendezvous for 2025 in Dubai in the United Arab Emirates. 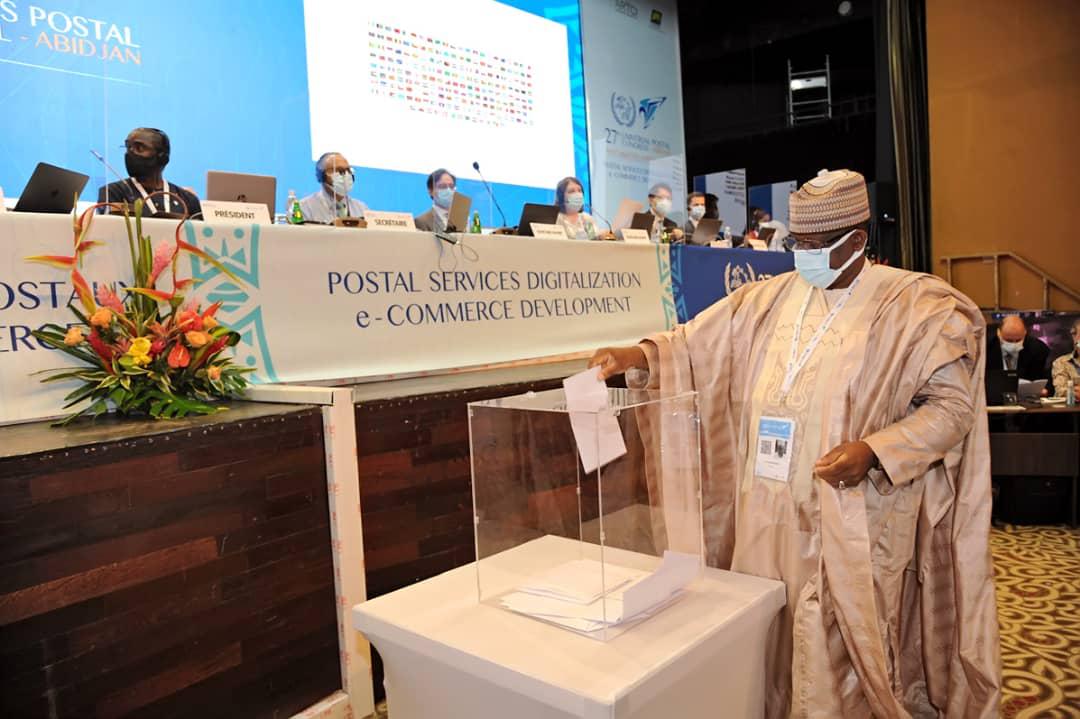